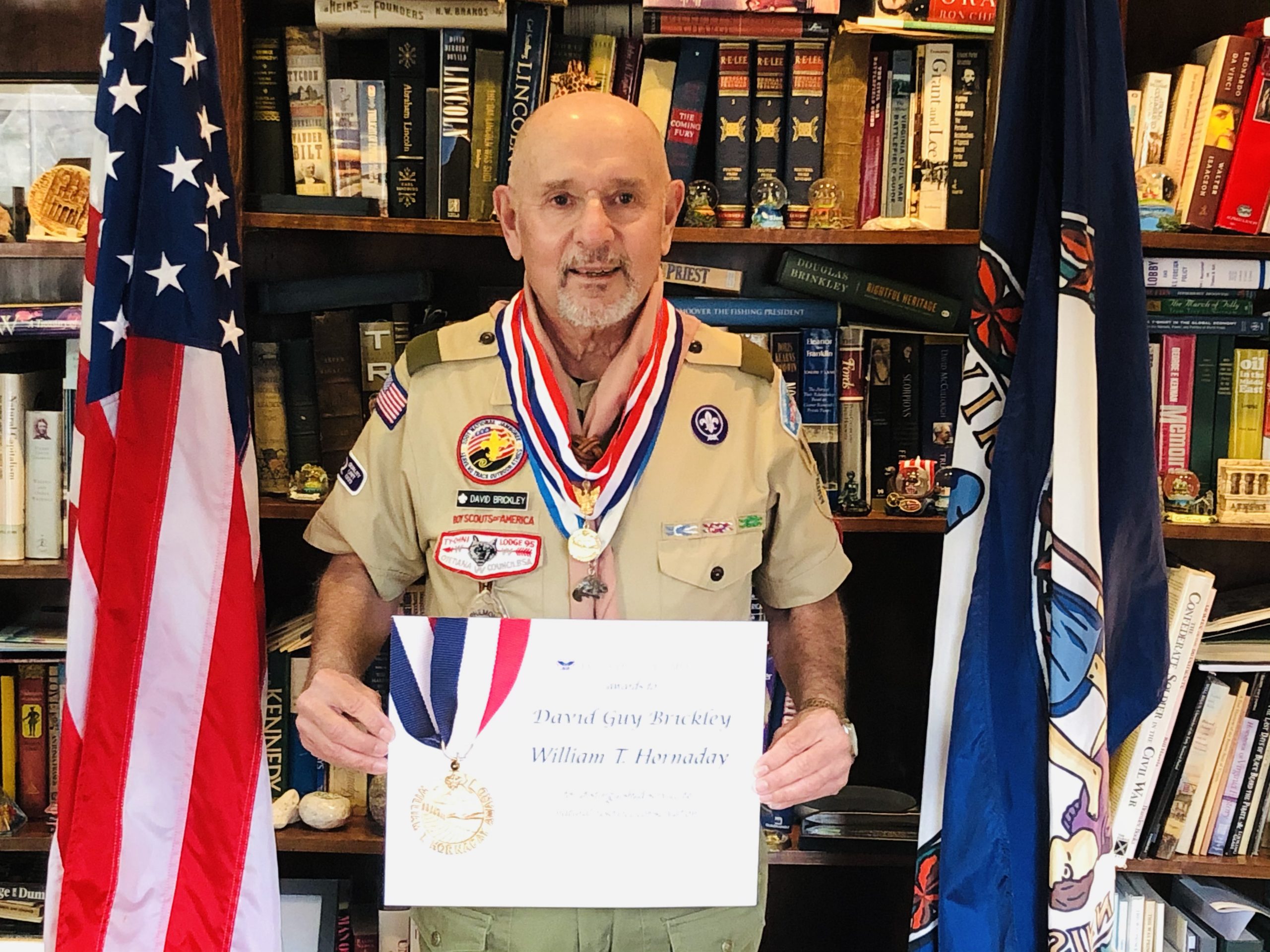 The William T. Hornaday Award, first granted in 1915, is the oldest continuous conservation award given by any organization in the United States. It’s one of the rarest awards given in the Boy Scouts of America, as only 62 people have received the gold medal award since 1915. Aldo Leopold, the ‘Father of Wildlife Ecology and Environmental Ethics’ was the first to be awarded the William T. Hornaday gold medal in 1917.

“As a life-long advocate of our trails, greenways and conservation efforts in Virginia, this inspiring award is truly humbling and appreciated,” said David G. Brickley, founder of the September 11th National Memorial Trail Alliance, and Boy Scouts of America awardee. “Our great outdoors are truly a place of respite and healing, which is why I’ve championed and helped create the 9/11 National Memorial Trail to honor and commemorate those lives lost that tragic day,” said Brickley.

Brickley was a member of the Virginia House of Delegates for 22 years, where he chaired the State Parks subcommittee and was the legislative sponsor creating Leesylvania State Park.  In 2001, he served as the director of the Virginia Department of Conservation and Recreation, which was awarded the National Gold Medal Award for the Best State Park System in America. He also initiated the Mid-Atlantic Governors’ Conference on Greenways, Blueways and Green Infrastructure set in Arlington, Va. on Sept. 16, 2001.  When the 9/11 tragedy happened, Brickley polled the governors’ offices in the participating states, and it was agreed the conference should continue.  At the conclusion of this conference, Brickley founded the 9/11 National Memorial Trail, where he noted  that as lovers of trails, greenways and conservation, reflection was needed on how goals could be merged with honoring the “heroes of 9/11” and uphold  America’s values of freedom and democracy.

As director of the Virginia Department of Conservation and Recreation in 2001, Brickley is also credited for encouraging Virginia and North Carolina to sign the first-ever agreement to help restore the Albermarle and Pamlico sounds, which forms the second-largest estuary in North America.

As the 20th anniversary of 9/11 approaches, the September 11th National Memorial Trail Alliance is also working on securing a federal designation for the 9/11 National Memorial Trail to ensure that future generations will have a trail that symbolizes resiliency and serves as a commemorative tribute to the fallen heroes of this country. To support the federal designation initiative, individuals can contact their U.S. congressional representatives and U.S. senators.